"The Volkswagen Micro Bus, or commonly referred to as the VW Bus, is an instantly recognizable automobile and symbol of the American counterculture that thrived in the 1960s," according to Blackhawk.

"Classified as the Type 2 (the Beatle was called the Type 1), Volkswagen Micro buses were used on many popular films, such as Back to the Future, by popular bands (The Who) and by beachgoers and campers everywhere.

"This outstanding VW Micro Bus came from the German factory with the very rare option of double cargo doors on both sides.

"The Oregon-based Caravelle Camper Co., which was one of the first camper conversion companies in the United States, installed the original camper equipment.

"After 35 years of storage, the camper has undergone a complete professional ground-up restoration to like-new condition."

It is powered by a 4-cylinder 72.7-cubic-inch engine that generates 40 bhp at 3900 rpm. It was made by Volkswagen Passenger Cars of Wolfsburg, Germany. 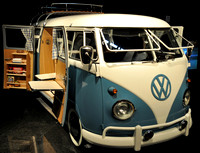 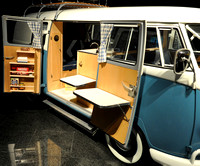 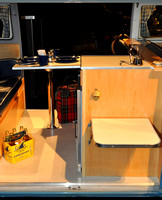