12 photos
His flare for fashion made him one of the best-dressed gentlemen of his day. His passion for fast cars made him even more famous by his daring.

And his popularity with audiences in the golden age of silent films made Rudolph Valentino an icon. The Castellaneta, Italy, native was born as Rodolfo Alfonso Raffaello Pierre Filibert Guglielmi di Valentina d'Antonguolla on May 6, 1895.

The "Latin lover," as he was known, died in New York City a short 31 years later at the peak of his popularity and after starring in numerous films that would become legendary.

Somewhere along the way, he found a liking to fast and exotic cars. One of his cherished vehicles was a 1923 Voisin C-5 Sporting Victoria, which he purchased from former-aircraft manufacturer turned automobile chassis- and engine-maker Gabriel Voisin.

The Voisin is said to have come equipped with an attractive bird hood ornament that was replaced by a coiled cobra that remains on the C-5 Sporting Victoria coach manufactured by J. Rothchild Et Fils of Paris, France.

Voisin is also said to have had influence on the design of coaches. The silver-plated hooded cobra was presented by Hollywood legends Douglas Fairbanks and Mary Pickford. It is not known whether the coiled cobra was a gift to a close friend and/or given to promote the film titled Cobra which Valentino starred.

It took several months to build the car, and Valentino had it shipped to America in 1924.
He also owned two other Voisins, choosing to store them in France. Valentino drove many of the era's very best cars before he passed away as the result of the stomach ailment, Peritonitis.

"Peritonitis is an inflammation of the peritoneum, the thin tissue that lines the inner wall of the abdomen and covers most of the abdominal organs," Wikipedia notes.

"Peritonitis may be localized or generalized, and may result from infection (often due to rupture of a hollow organ as may occur in abdominal trauma or appendicitis) or from a non-infectious process."

As a person suffering from a painful stomach ailment, I feel especially sorry for Mr. Valentino who probably suffered greatly.

Car photos taken by Classic Cars As Art of Silicon Valley are available to download for your personal noncommercial use. The Voisin photos were taken at The Nethercutt Collection in Sylmar, Calif., in the San Fernando Valley.

The Web sites that feature the photos as commercial products are also in violation, as photos taken at The Nethercutt Collection may only be used for personal noncommercial use.

I am very thankful to The Nethercutt Collection for allowing photographs to be taken at the beautiful museums (there are actually two museums, one of which you need to make an appointment to tour) that does not charge anyone to visit.

The least that people could do, in my opinion, is not try to sell their Nethercutt photographs. What I cannot understand is some of the major classic car sites that feature the photos for sale.

You may download my car photos, including those taken at The Nethercutt Museum, but you may not use them for commercial use. They are available here for your personal noncommercial use.

The Nethercutt Museum may use my photos, if finds any it would like to use, for any use, commercial or noncommercial. It's difficult to take really good photos because of the way the cars are aligned, and one cannot use several tripods and flashes, etc., that would provide a more studio showing of the cars. That said, I like to share with others my love of the moving art on display at The Nethercutt Museum. 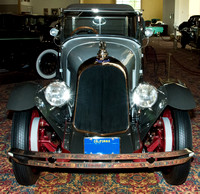 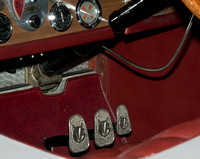