The car's owner was more than very nice. He brought out the Rolls-Royce's picnic basket, as well as the customized Rolls-Royce toolbox.

“The Rolls-Royce 25/30 built between 1936 and 1938 is an updated version of the 20/25 with larger engine to provide more power, as often, over-large bodies had been fitted to the earlier model leading to complaints about its performance,” according to Wikipedia.

“A single proprietary Stromberg Downdraught carberator replaced the Rolls-Royce one, and magneto ignition was no longer fitted, but a standby coil was provided. The four-speed gearbox is mounted in unit with the engine, and a traditional right-hand change used. Synchromesh is fitted to third and top gears.

“The riveted chassis has rigid front and rear axles suspended by half-elliptic springs with hydraulic dampers. Braking is on all four wheels assisted by a mechanical servo, famously under license of Hispano-Suiza. Separate rear brakes are fitted for the handbrake. The traditional Rolls-Royce radiator with triangular top was used with vertical louvres, the opening angle of which is controlled thermostatically to control engine cooling.

“Only the chassis and mechanical parts were made by Rolls-Royce. The body was made and fitted by a coachbuilder selected by the owner.” 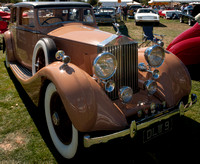 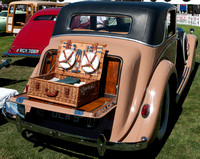 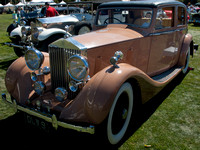 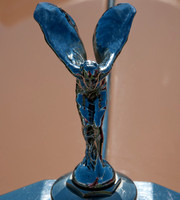