12 photos
This 1937 Railton Fairmile III drophead coupe was photographed at the 2011 and 2012 Palo Alto Concours d’Elegance.

The owner of this car was a very nice gentleman (I don’t identify owners). He spoke to me about the car and I could have stayed there an hour longer just listening to him.

“The Railton is a unique automobile that combined British bodywork with American engineering primarily during the pre-war years of the 1930s,” states the owner’s summary at the concours.

“The undercarriage is a Hudson Terraplane with a straight-eight engine that could propel the vehicle from 0-60 in less than 10 seconds and an ability to cruise at 80 mph. Between 1934 and 1939, only 178 vehicles of this body style were built. Of that number, about 35 survive.”

Railtons are definitely a special automobile ~ one that I was not aware of prior to photographing it. It has a historic legacy.

“Railton was a marque of British automobiles made by Fairmile Engineering Co. in Cobham, Surrey between 1933 and 1940,” according to Wikipedia. “The company was started by Noel Macklin who was looking for a new car-making venture after he sold his Invicta company in 1933. The name came from Reid Railton, the world speed record car designer, but his input was probably small although he did receive a royalty on each car sold.

“The first car was made by fitting a British body made by coachbuilder John Charles Ranalah to a 4010 cc, 100 bhp, 8-cylinder Hudson Terraplane chassis. Described as a pre-war Shelby Cobra, the resulting machine was at first available as a two-door tourer. Being lighter than the original, it had for the time exceptional performance, with a 0–60 mph time of 13 seconds. A saloon-bodied version was soon added to the range, and the cars were priced at £499.

“In 1935 the original Terraplane chassis was replaced by the one from the Hudson Eight, the engine grew to 4168 cc producing 113 bhp, and a wider range of bodies from several coachbuilders were on offer from at least seven different vehicle coachbuilders including; Ranalah, R.E.A.L, Carbodies and Coachcraft Ltd.

"Two special lightweight models were made in 1935 and, with a 0–60 time of 8.8 seconds, were claimed to be the fastest production cars in the world. Altogether 1,379 of the Railton 8s were made.

"Noel Macklin turned his attention to powerboats in 1939, and he sold the company to Hudson Motor Car Co. of Detroit, Mich., who transferred production to their Chiswick, London works. However, the outbreak of war in 1939 stopped production.

“After World War II a few cars were completed using pre-war parts, and a new model was built and shown at the 1949 London Motor Show. However, the car was incredibly expensive, and it never went into production.” 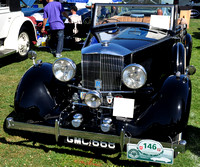 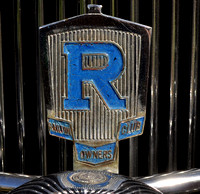 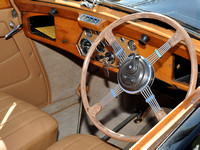 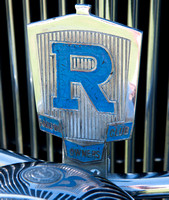 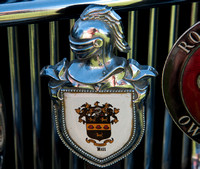