14 photos
“Intent on ‘Banishing the Commonplace,’ the Owen-Magnetic Motor Car Corp. created automobiles that were anything but ordinary,” states a display at The Nethercutt Museum, where this rare car was photographed in Sylmar, Calif. “Building on a multitude of then-new technologies, it offered gasoline-electromagnetic hybrids.

“Clevelanders Raymond M. and Ralph R. Owen built their first car before 1900, but their efforts to manufacture and sell automobiles were largely unsuccessful until they paired themselves with Philadelphian Justus B. Entz.

“Entz had developed an electromagnetic transmission that functioned as both clutch transmission and generator. R.M. Owen & Co. of New York first installed an Entz transmission in an Austro-Daimler and exhibited it at the 1914 New York Automobile Show. Owen-Magnetic debuted the following year.

“In the Owen-Magnetic car, a gasoline engine drives the flywheel consisting of six field coils and an iron housing rotating around an armature fixed to the drive shaft and electric motor armature. The speed differential between the engine and armature creates electricity, which is directed by a series of switches and resistors to power an electric motor behind the generator. As the vehicle’s speed increases, the engine speed and armature speed equalize, and switches allow a magnetic ‘lockup’ as the rear motor now becomes a generator. This unit also serves as a regenerative brake until the car slows to about 15 to 25 mph to remove ear and heat from the brake and suspension components. Once the engine is started by this motor/generator, the battery is effectively out of the circuit, used only for lights and accessories, but recharged by the rear motor at road speeds.

“Without clutch or gears, the car can be electrically shifted gently from rest to motion. A lever on the steering wheel controls speed. Early descriptions said the Owen-Magnetic handled ‘as though it had only one speed,’ but marketers soon changed tack, billing it as ‘the car of a thousand speeds’.

“The electric Entz designed transmission worked similar to a modern automatic transmission and today’s gasoline/electric hybrid automobiles. The car is smooth, powerful and quiet, as there is no transmission gear noise because there is no mechanical coupling between the engine and the differential.

“Back in 1915, new cars cost an average of $642, but the Owen-Magnetic carried a price tag of $3,750 ~ more than three times the average U.S. annual income and more than the median cost of a new home. Buyers were interested, as were other manufacturers.

“Early versions of the Entz transmission had already appeared in the 1907 and 1908 Columbia Mark 66-3 and a few 1912 Mercers. Similar technology would soon be used on other automobiles, trucks and even the Battleship New Mexico.

“R.M. Owen & Co. partnered with Baker Rauch & Lang, which held the official Entz patent, from 1916 to mid-1919. Raymond Owen then moved his manufacturing company to Wilkes-Barre, Penn. By then, war had adversely affected the market and the company did not survive much longer."

It features a six-cylinder Weidely overhead valve engine with a displacement of 414 cubic inches. It was capable of generating 80 hp. It had a Magneto ignition, a Zenith carburetor and an Entz magnetic transmission. The coachbuilder was Lind Motor Body (The Ohio Blower Co.) of Cleveland, Ohio. 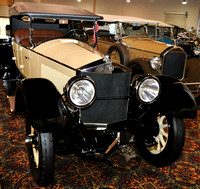 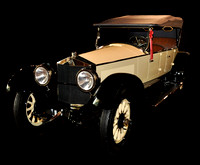 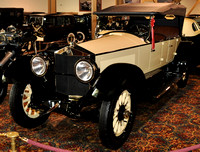 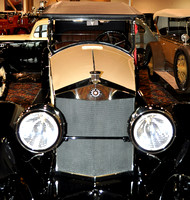 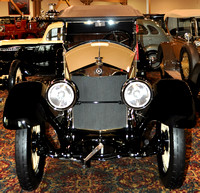 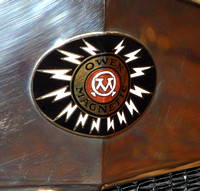