4 photos
This very rare 1930 Lancia Lambda was photographed at the 2010 Palo Alto Concours d’Elegance in the San Francisco Bay Area.

“The Lancia Lambda is an innovative automobile produced from 1922 through 1931,” according to Wikipedia. “It was the first car to feature a load-bearing unitary body ~ without a stressed roof, and Lancia also pioneered the use of an independent suspension (the front sliding pillar with coil springs

“Vincenzo Lancia even invented a shock absorber for the car and it had excellent four wheel brakes.”

Lancia remains in business today, but its vehicles are not sold outside of Italy. 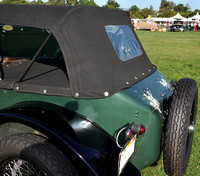 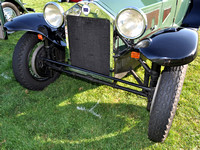