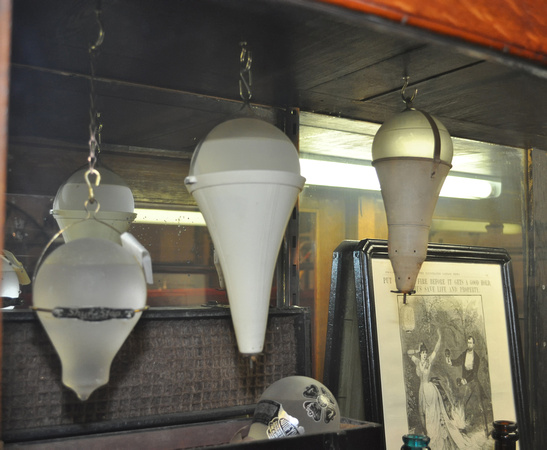 Popular since the late 1800s through the 1940s, this glass fire extinguisher was commonly referred to as a fire grenade. It contained a flame retardant that was housed in a glass container. There were numerous shapes, sizes and colors. Some retardants were very toxic to humans.

Some were affixed to walls with brackets ~ somewhat similar to contemporary fire extinguishers. Some were attached to ceilings. Some were heat-activated and would break if the temperature from a fire was high enough.