12 photos
This 1958 Ford Edsel was photographed at the 2011 Palo Alto Concours d'Elegance.

It's unfortunate that Edsel has become synonymous for a "lemon" because it really wasn't a lemon. While it may not have been a commercial success, the Edsel was a good car. My Father always said he wished he had kept his Edsel, although I’m unsure of the model he owned.

"Ford invested heavily in a yearlong teaser campaign leading consumers to believe that the Edsel was the car of the future — an expectation it failed to meet," according to Wikipedia. "The Edsel was introduced amid considerable publicity on 'E Day' on Sept. 4, 1957. "It was also promoted by a top-rated television special, The Edsel Show, on Oct. 13."

Ford also hyped the Edsel to the automotive industry press.

"For months, Ford had been telling the industry press that it 'knew' (through its market research) that there would be great demand for the vehicle," according to Wikipedia. "Ford also insisted that, in the Edsel, it had built exactly the 'entirely new kind of car' that Ford had been leading the buying public to expect through its pre-introduction publicity campaign for the car. In reality, however, the Edsel shared its engineering and bodywork with other Ford models, and the similarities were apparent once the vehicle was viewed firsthand."

Ford hoped the Edsel would challenge the dominance of General Motors and Chrysler.

"After it was unveiled to the public, it was considered to be unattractive, overpriced and overhyped," according to Wikipedia. "The promotional effort was not enough to counter the adverse initial public reaction to the car's styling and conventional build. The day after its launch, the Edsel was described as a 'reborn LaSalle,' a brand that had disappeared in 1940."

Many people don't realize the Edsel offered more than one model. It the Citation, Corsair, Pacer and Ranger, as well as three models of a station wagon: Bermuda, Villager and Roundup. It was also innovative.

"The Edsel offered several features that were considered innovative for the time, including its rolling-dome speedometer; warning lights for such conditions as low-oil level, parking brake engaged, and engine overheating; and its push-button Teletouch transmission shifting system in the center of the steering wheel (a conventional column-shift automatic was also available at a reduced price).

"Other Edsel design innovations include ergonomically designed controls for the driver and self-adjusting brakes (which Ford claimed for the Edsel as a first for the industry, even though Studebaker had pioneered them earlier in the decade). The Edsel also offered such advanced features for the time as seat belts (which were available at extra cost as optional equipment on many other makes) and child-proof rear door locks that could only be opened with the key."

Even with cutting-edge features, the Edsel didn’t catch on.

"The Edsel never gained popularity with contemporary American car buyers and sold poorly,” according to Wikipedia. “The Ford Motor Co. lost $250 million on the Edsel's development, manufacturing, and marketing.

“Ford announced the end of the Edsel program on Nov. 19, 1959. … Total Edsel sales were approximately 116,000, less than half the company's projected break-even point. The company lost $350 million, or the equivalent of $2.9 billion in 2016 dollars, on the venture. Only 118,287 Edsels were built, including 7,440 produced in Ontario, Canada. By U.S. auto industry standards, these production figures were dismal, particularly when spread across a run of three model years.” 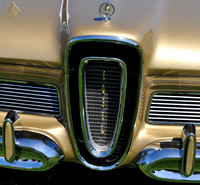 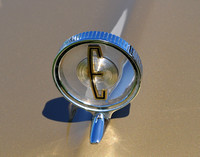 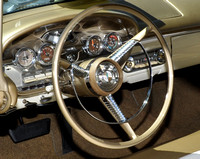 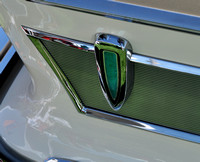 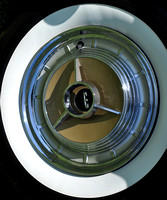