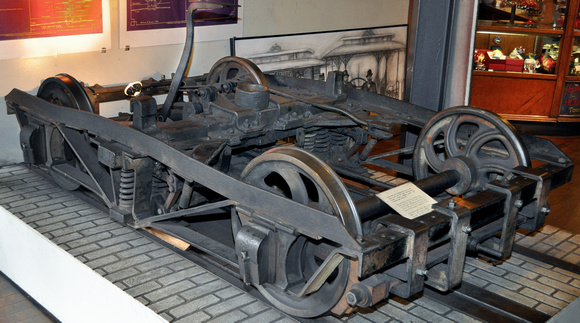 "After its return to San Francisco, car No. 8 and the Sutter Street Railway Co.'s grip car No. 46 and trailer No. 54 were displayed at the 'Cavalcade of the Pacific' exhibition at San Francisco's 1939-40 Golden Gate International Exposition on Treasure Island. In storage for many years after the Treasure Island exposition, the cars were moved to this car barn in 1968."

This photo was taken prior to me purchasing my present professional gear. I hope to return someday and get some better photos. For now, these will do. I highly recommend visiting the museum if you are in San Francisco.
© Glenn Thomas Franco Simmons
Powered by ZENFOLIO User Agreement
Cancel
Continue