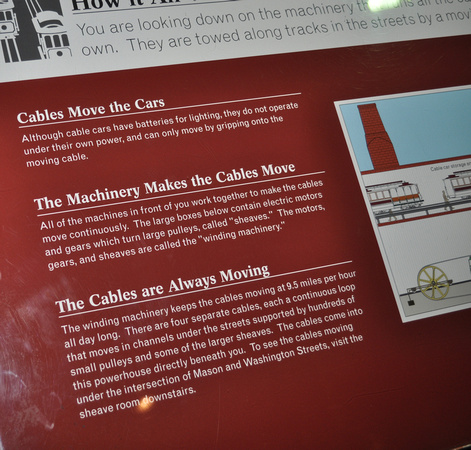 "After its return to San Francisco, car No. 8 and the Sutter Street Railway Co.'s grip car No. 46 and trailer No. 54 were displayed at the 'Cavalcade of the Pacific' exhibition at San Francisco's 1939-40 Golden Gate International Exposition on Treasure Island. In storage for many years after the Treasure Island exposition, the cars were moved to this car barn in 1968."
© Glenn Thomas Franco Simmons
Powered by ZENFOLIO User Agreement
Cancel
Continue