"After its return to San Francisco, car No. 8 and the Sutter Street Railway Co.'s grip car No. 46 and trailer No. 54 were displayed at the 'Cavalcade of the Pacific' exhibition at San Francisco's 1939-40 Golden Gate International Exposition on Treasure Island. In storage for many years after the Treasure Island exposition, the cars were moved to this car barn in 1968."

Please be aware that these photos were done before my editing skills improved and they do not meet my current photographic standards. I am making them available at the request of visitors, family and friends. Eventually, most of these photos will be re-edited. 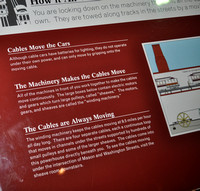 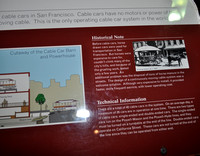 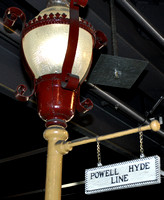 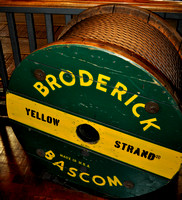 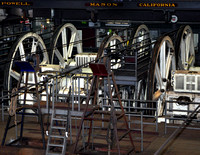 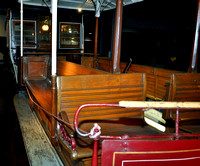