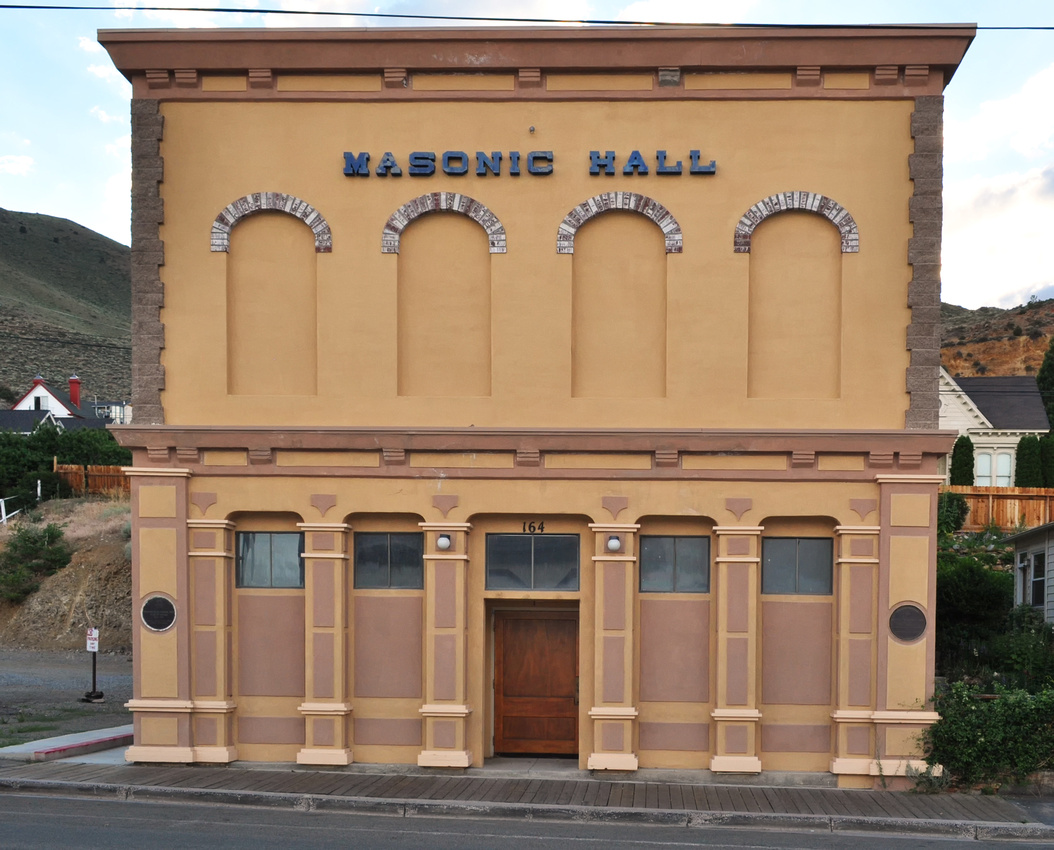 Escurial #7 Lodge, Virginia CityAs with all the Masonic buildings I've ever seen or been in, the Virginia City Masonic Hall is a well-kept historic treasure.

As with all the Masonic buildings I've ever seen or been in, the Virginia City Masonic Hall is a well-kept historic treasure in a city filled with many buildings that, to an amateur's eye, could use some help.

On my return trip to Virginia City, I plan on getting some closeups and some more photos to better represent this Lodge.

Escurial #7, as it is known, has an excellent history of the Lodge on its well-organized Website.

"Escurial #7 was one of the four original lodges on the Comstock," according to the Lodge's Website. "It was originally chartered by the California Grand Lodge as Escurial #171, on Oct. 13, 1864.

"It later became Escurial #7 under the Grand Lodge of Nevada on Jan. 18, 1865 shortly after Nevada became a State. Originally, Escurial Lodge met in the same lodge building as Virginia #3, and the two lodges shared the same quarters for many years.

"On May 19, 1875, a fire consumed much of Virginia City, including the Lodge building that Escurial 7 and Virginia 3 were meeting in at the time.

"This necessitated that the two lodges would meet in the Odd Fellows Hall, while a new lodge was being constructed.

"On September 3, 1875, a second fire then destroyed the Odd Fellows hall, along with all the Masonic Lodge records of Escurial 7 and Virginia 3.

"Following this fire, the first of the 'Masons on the Mountain' meetings was held on top of Mt. Davidson.

"Construction of another new lodge was under way when, on October 26, 1875, a third fire destroyed much of the Virginia City, once again, including the lodge.

"The present lodge building was constructed in 1987 through the generosity of Brother Francis N. Fisher, PM, PGM, a longtime resident of Virginia City and a member of Escurial Lodge #7.

"Many of the present furnishings were salvaged from the fourth Lodge building, constructed after the fires, and are still in use today. The Lodge jewels are fashioned from the silver mined from the Comstock Lode. The upper lodge room was designed and built as a copy of the original Lodge room of 1863.

"Approximately 730 Master Masons have joined Escurial Lodge #7 and signed the by-laws since its humble beginning in 1864."