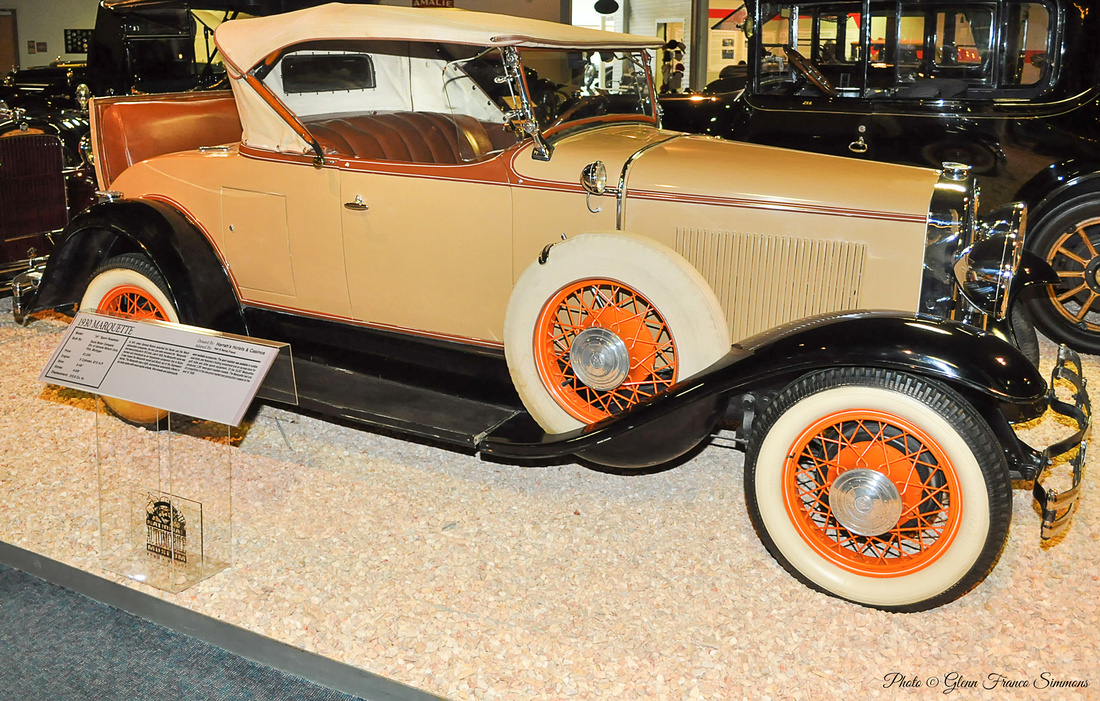 Marquette has been used on a few different brands and makes of cars over the years.

I photographed this 1930 Marquette at the National Car Museum in Reno in 2011. There were earlier, non-GM makes and brands of Marquette, but those models ceased after GM purchased two early automotive companies.

"Late in 1929, the Marquette was revived and introduced as an inexpensive companion line to Buick," according to the information display at the National Car Museum. "It was hoped the Marquette would pull Buick out of The {Great} Depression slump. 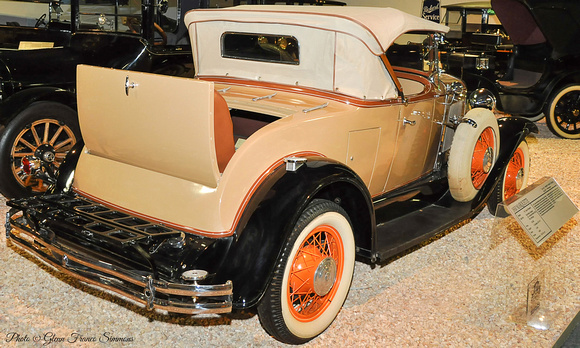 "The Marquette was a light, economical automobile offered in six body styles with wood-spoke wheels. Wire wheels and side-mounts were available accessories.

"The sport roadster was available in rumble seat style and featured a folding windshield and an access door for golf clubs and other sports equipment."

The museum said 35,007 Marquettes were produced, with 2,397 as sport roadster models.

The museum also noted that the Marquette had a lot of competition in the low-price bracket that it competed in. By the end of 1930, production ceased.