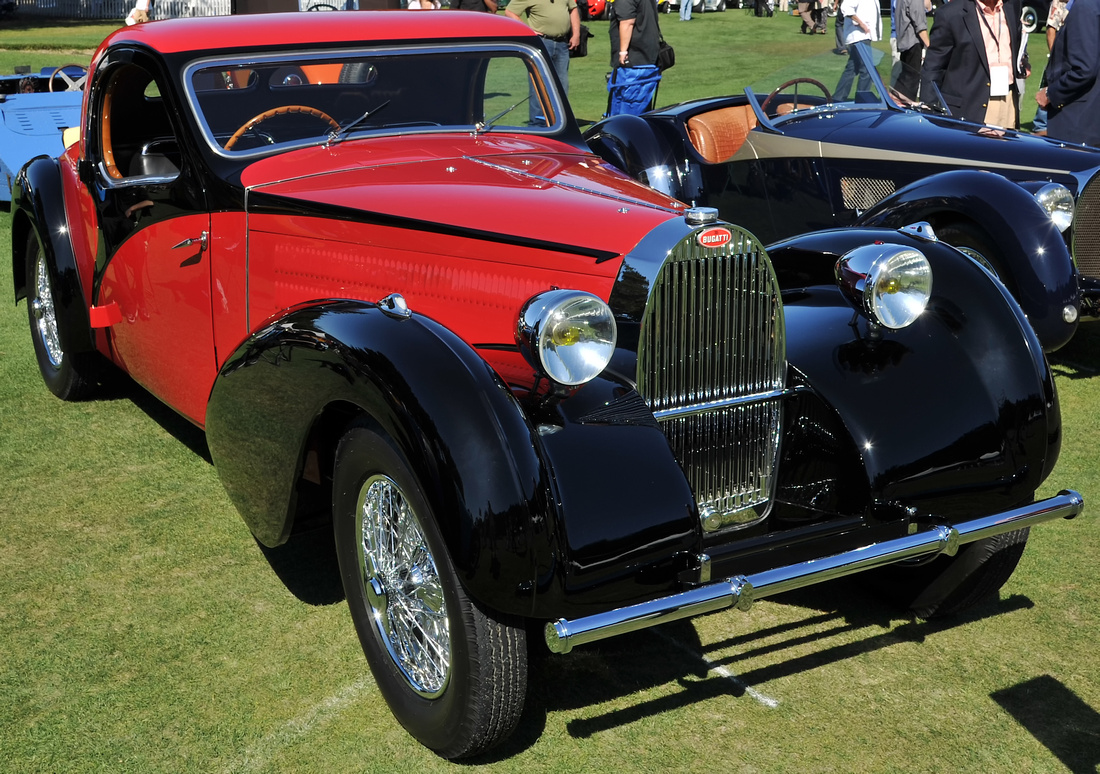 This beautiful 1929 Type 57 Bugatti was photographed at one of the Hillsborough Concours d’Elegances I attended.

Formerly in the John O’Quinn Collection, the Bugatti was owned, at the time this photo was taken, by the Academy of Art University in San Francisco, Calif., which acquired it in 2009.

“Powered by an advanced 3.3-liter twin-cam inline 8-cylinder engine, the Type 57 Bugatti is a fast, comfortable touring car,” according to a summary provided at the Hillsborough event.

“The supercharged version was introduced in 1937 and built for two years.

“Ettore Bugatti’s son Jean significantly influenced Type 57 coachwork and designed some of the most elegant Type 57s produced, including the rakish Atalante coupe. The body style is an interpretation of the 1935 Aérolithe coupe ~ essentially a prototype that reached very limited production in 1936 as the Type 57 Atlantic.

“The design was refined into the Atalante which included the Aérolithe’s teardrop shape, but with a flat windshield, a separate trunk area with recessed spare-tire and full-size doors that retained the signature kidney-bean windows. To maintain exclusivity, no two of the Type 57c Atalantes were the same.”