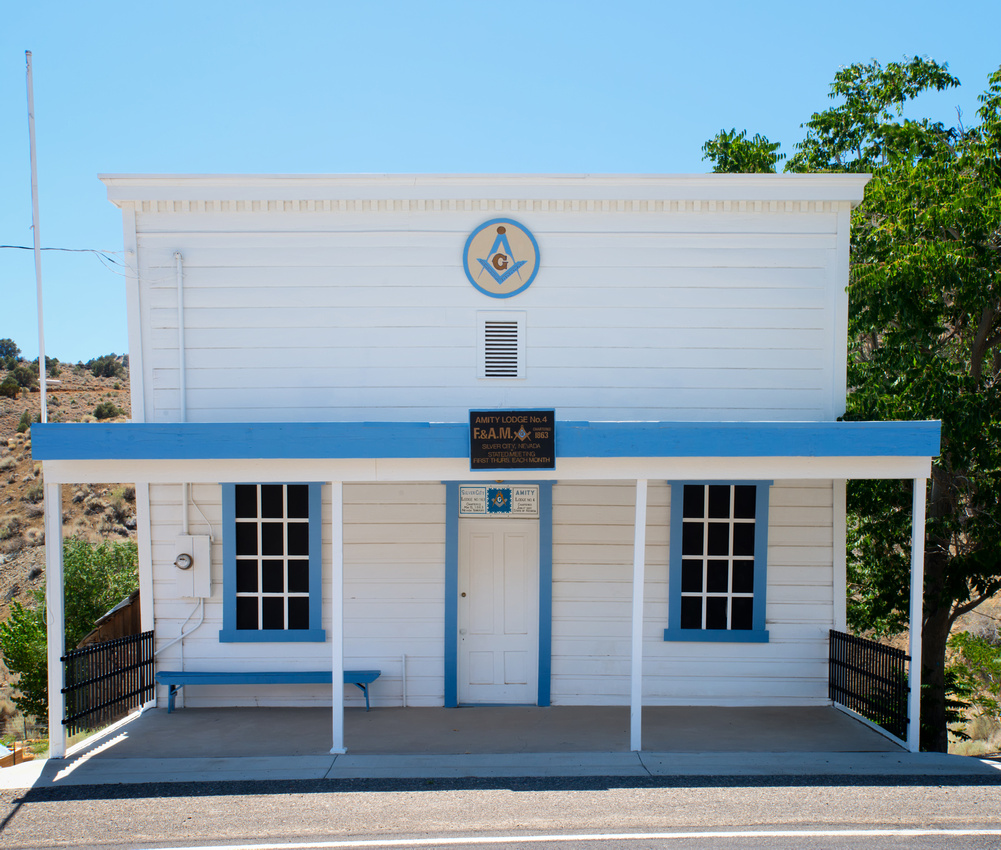 Travelers might notice the well-cared-for white building with blue trim in Silver City, Nev., without realizing it is part of a living history that dates all the way back to the origins of The Comstock Lode.

"Amity Lodge No. 4 had its beginnings as Silver City Lodge No. 163," according to Amity Lodge's website. "Sojourning Masons living in Silver City, Nevada, under the guidance of Brother John C. Currie expressed their desire to organize a lodge, by framing a petition to the Grand Lodge of California.

"A dispensation was granted by Grand Master William C. Belcher on March 20, 1863, to the sundry Brethren at Silver City, Nevada Territory, and a charter was granted by the Grand Lodge of California on May 15, 1863, as Silver City Lodge No. 163.

"Lodge membership increased to 36 Master Masons, 4 Fellow Craft, and 12 Entered Apprentices in 1865, when the Lodge severed it connection to the Grand Lodge of California, and united with other Lodges in the organization of the Grand Lodge of Nevada, from which it received a charter at the time as Amity Lodge No. 4 on January 16, 1865.

There are many misconceptions about Free & Accepted Masons, so I refer readers to an excellent rebuttal to common fallacies regarding Freemasonry that the Grand Lodge of Virginia published: "Myths of Freemasonry."

(Photos taken by Glenn may be used without restriction by Masons. For Masons, photo credit is not required.)

In January 2020, I added more photos to the Amity Lodge gallery.