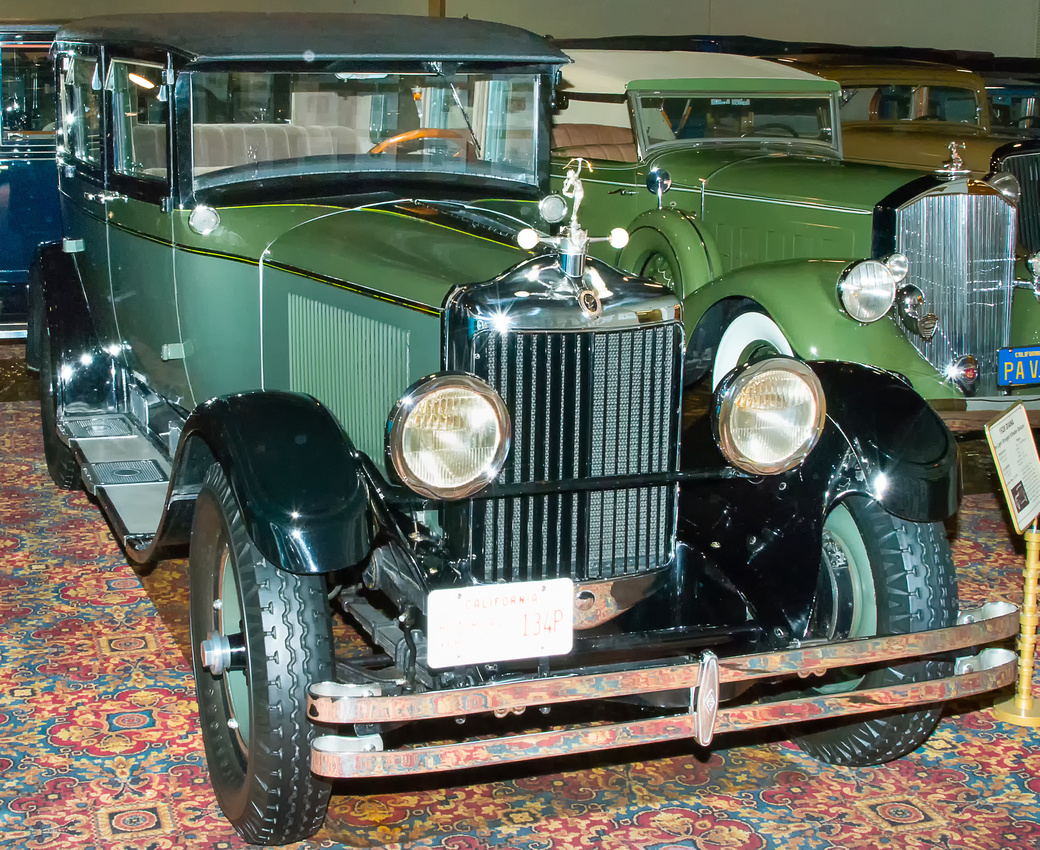 This 1928 Diana Deluxe features an L-head, straight-8 engine with a peak horsepower of 72. It was photographed at The Nethercutt Collection in Sylmar, Calif., a few years ago. I haven't been back to see if it's still there.

“In Roman mythology, Diana is the goddess of the Moon,” states a Nethercutt display summary next to the vehicle. “An appropriate name because Diana was manufactured by the Moon Motor Co. of St. Louis, Mo. 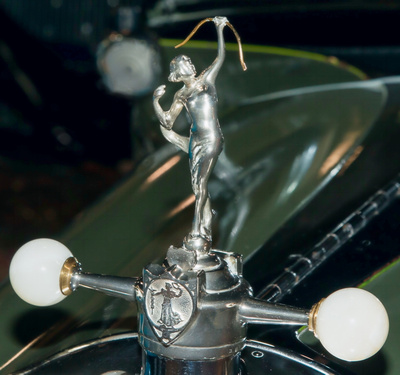 “The Diana was a very stylish and well-built automobile that took most of its cues from the Belgian automobile company ‘Minerva,” another famous car with a goddesses’ name.”

There are more photos in the gallery. Just click on the photo above, and from there, you can navigate to the 1928 Diana Deluxe gallery.

Nethercutt features far more than cars. Make sure you take the unguided tour and the guided tour (make reservations), which are both free.

“Opened in 1971, The Nethercutt Collection is a not-for-profit educational institution and a resource for automobile enthusiasts, historians, students and scholars. It is open to the public at no charge. {It} features rare collectibles ranging from mechanical musical instruments and antique furniture to the true heart of the collection: over 250 American and European automobiles dating from 1898 to 1997,” according to The Nethercutt Collection’s website. “Founder J.B. Nethercutt spent a lifetime establishing this collection of historic importance. Unique to automobile museums, each car on display is attentively serviced and maintained to remain as drivable as when the vehicle originally rolled off the showroom floor. On view are various Pebble Beach Concours d’Elegance winners and cars once owned by movie stars, royalty and other notable personalities.

“The entire collection is housed in two beautifully appointed exhibit facilities located just north of Los Angeles. Housed in the Museum is the Nethercutt Automotive Research Library and Archives , one of the world’s top automotive research facilities. Just steps outside the Museum are a resplendently restored steam locomotive and railcar.”

If you love cars and American memorabilia, The Nethercutt Collection has to be on your bucket list.

(Photography at The Nethercutt Collection is allowed for personal use, as is my photography. I do not sell photos I've taken at The Nethercutt, nor do I generate commercial value by page-views, clicks, etc. My Nethercutt photos are merely to share my enthusiasm to what is one of America's greatest automotive and Americana museums. If you are from a foreign country, The Nethercutt would be a great place to view American automotive history and priceless Americana objects.)