"It served as the state capital for nearly 13 months from 1853 to 1854," according to Wikipedia. "The population was 26,997 at the 2010 census. The city is located in the San Francisco Bay Area along the north bank of the Carquinez Strait.

"Benicia is southeast of Vallejo and across the strait from Martinez.

"Most of the town's older homes are on the east and west sides. Southampton contains primarily single-family housing developments and condominiums, most of which were built between 1970 and 2000.

"The East Side includes the Benicia Arsenal, a former United States Army armory, which was bought by the city and is now used for a variety of purposes, most notably as live-work spaces for artists.

"The Arsenal is home to several historic (ca. 1860) landmark buildings such as The Clock Tower, the Camel Barn, and the Jefferson Street Mansion.

"The industrial park lies to the northeast of the residential areas of the city, and includes the Valero oil refinery.

"The Benicia State Recreation Area is on the far west edge of the city.

"The main retail area in Benicia is First Street, which attracts out-of-town antique and boutique shoppers and those seeking small-town, historic charm.

"In 1987 Benicia was selected to participate in the California Main Street Program."

Please be aware that these photos were done before my editing skills improved and they do not meet my current photographic standards. I am making them available at the request of visitors, family and friends. Eventually, most of these photos will be re-edited. 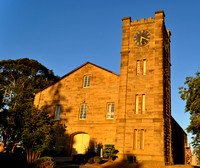 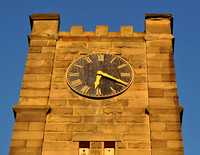