9 photos
In 1987, I became a Mason and for several years progressed and learned, until raising twins and a son and operating a weekly newspaper took most of my time seven days a week, and it wasn't 8 to 5.

At a small newspaper, and even at the daily print newspaper I co-founded in 2003, the editor and even publisher (I was publisher for a while at my daily) take photos, edit or write obits, and write stories, editorials and columns. Plus, you have to copyedit and proofread everything.

Sadly, I became inactive in about 1993. In 2001, I attempted to rejoin with my fellow Brothers, but soon after, I co-founded a daily newspaper and I was even busier than I was at the weekly.

Regardless, I've always had a love of Masonry and the good works Masons do in the world.
So when I finally got a professional camera, on one of my visits to family in Carson City in 2014, I made the trip to Silver City to photograph my favorite Masonic Lodge of all the ones I've seen.

As a result of my brotherly fraternity for my former Brothers, I offer my Masonic photos for free. I will be taking more in Nevada this spring and summer, now that restrictions have finally been lifted.

Now, a little about the Silver City Masonic Lodge, known officially as Amity Lodge No. 4 F.& A.M., 1863 charter. In case you are wondering, there is a Stated meeting the first Thursday of monthly.

When driving to Virginia City, travelers might notice the well-cared-for white building with blue trim in Silver City, Nev., without realizing it is part of a living history that dates all the way back to the origins of The Comstock Lode.

"Lodge membership increased to 36 Master Masons, 4 Fellow Craft, and 12 Entered Apprentices in 1865, when the Lodge severed it connection to the Grand Lodge of California, and united with other Lodges in the organization of the Grand Lodge of Nevada, from which it received a charter at the time as Amity Lodge No. 4 on January 16, 1865. Its first Master, Brother John C. Currie, withdrew, and united with Virginia City Lodge at Virginia City, and was elected Grand Master of Masons of the State of Nevada, and also served as Mayor of Virginia City. Brother Richard T. Mullard was the last Master under California jurisdiction, and Master under newly formed Amity Lodge No. 4, he would later became Deputy Grand Master." 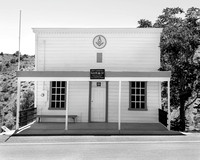 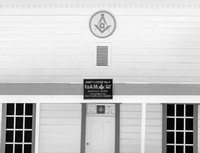 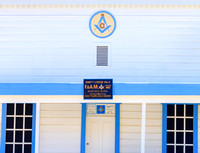 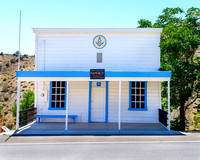 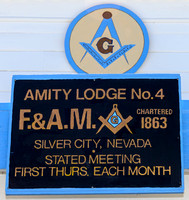