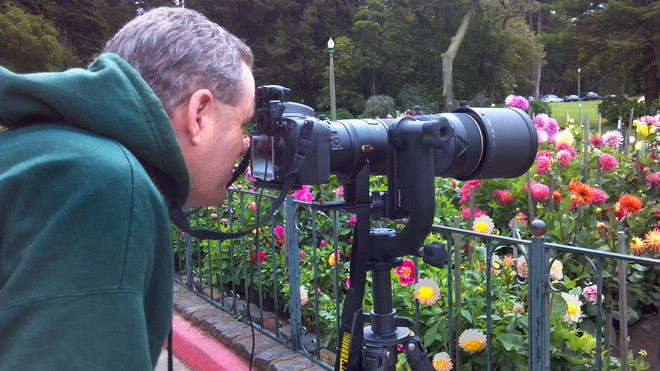 Welcome! Throughout 2023, landscape and flower photos will be added back. Thank you for visiting. I hope you have found some beauty to inspire you on my website. I completely reformatted the site in 2022.

I'm a former newspaper publisher and longtime editor of both dailies and weeklies in several rural communities on California's isolated, rural North Coast (brief work history is below).

Post-newspaper career, I became known as The Flower Photographer of Silicon Valley. I've been a member of Zenfolio, which hosts this site, since 2012, a member of the Professional Photographers of America since 2011 and, for many years, The Society of Professional Journalists (I still write occasional columns and journalistic articles). I'm also a member of the Nevada Artists Association, The American Dahlia Society, HelpMeFind (roses), and Dave's Garden. Word-of-mouth is my only advertising, so if you could share this website on social media and with friends and family, I would really appreciate it.

Newspapers where I worked were all in Humboldt and Del Norte counties on The Redwood Coast of California, except for a short stint as the then-Santa Rosa Business Journal editor (the area's housing was cost-prohibitive for a journalist).

The newspapers and radio stations were in order worked: The Arcata Union (business editor), The Del Norte Triplicate (editor), The Redwood Record (editor), The Humboldt Beacon (editor), The Ferndale Enterprise (guest editor/reporter) & Sunny 100 (anchor) (both while I worked at Eel River Disposal), The Times-Standard, KINS News (I worked at KINS & T-S simultaneously), The Eureka Reporter (co-founded with businessman Robin Arkley II), and as a Times of Israel non-paid blogger. The newspaper positions in each chain were all promotions, as I moved to a larger newspaper each time. While at each newspaper, I also wore the hats of photojournalist, sports photographer, reporter, copy editor and proof reader.

In my post-newspaper career, I've worked for myself as a photographer and for Star Roses and Conard-Pyle, where I took professional rose photos for ads, publications and websites.