7 photos
In this gallery is a Guy Motors car mascot with the company's motto, "Feathers in Our Cap."

In some cases, I've added them together to create different designs. All are free to download, but none are available for commercial orders because this mascot was photographed at The Nethercutt Collection in Sylmar, Calif., where photos taken cannot be used commercially.

I realize many people illegally sell their photos taken at Nethercutt; however, I am bound to my own ethics and honesty and will not do so.

Such illegal sales are an insult to The Nethercutt Museum, its founders and current owners. They have been very kind to open up their collections for the world to see ~ free.

The least they should be able to expect from others is that they not go against The Nethercutt's rules that say no photos can be used for commercial purposes.

Back to the mascot, for which there is a history behind the motto shared by various cultures.

"The term 'a feather in your cap' is an English idiomatic phrase believed to have derived from the general custom in some cultures, of a warrior adding a new feather to their head-gear for every enemy slain," Wikipedia notes.

"Examples of the use of feathers related to the killing of enemy combatants can be found in the traditional cultures of the Meunitarris of Alberta; and North Dakota and South Dakota ~ both of whom wore feathers in their headdress: and also the Caufirs of Cabul who are said to have stuck a feather in their turban for every enemy slain. Similar customs are thought to have been practiced by the Mongols, Incas; Caciques; Abyssinians; Tur’comans; Hungarians; and the ancient Lycians."

And, there are other possible historical occurrences.

"Or in other cases from the custom of establishing the success of a hunter as being the first to bag a game bird by the plucking off the feathers of that prey and placing them in the hat band," Wikipedia notes. "The phrase today has altered to a more peaceful allusion, where it is used to refer to any laudable success or achievement by an individual that may help that person in the future.

"Examples of the use of feathers related to hunting can be found in the cultures of highland peoples in Scotland and Wales where it is still customary for the hunter who kills the first woodcock to pluck out a feather and stick it in his cap.

"Other examples of feathers in caps which appear to be related to hunters and warriors can be found in mythological stories of historical figures such as the Austrian bailiff of Altdorf, Albrecht Gessler an aggressor who made Swiss national hero William Tell shoot an apple from the head of his son. Indeed the Tyrolean hat of today, worn in the Austrian Alps
has a cord wrapped around the base of the crown and a feather or brush on the side as trim."

In 1924, Guy Motors Limited adopted the slogan "Feathers in our Cap" mascot to its vehicles. 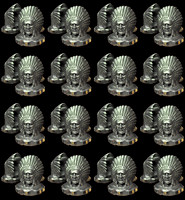 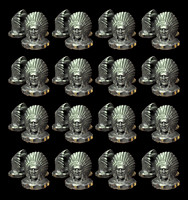