7 photos
This 1941 Cadillac Sixty Touring sedan was displayed at the 2010 Palo Alto Concours d’Elegance in the San Francisco Bay Area.

“The Cadillac Sixty Special name has been used by Cadillac to denote a special model since the 1938 Harley Earl-Bill Mitchell-designed Series 60 derivative,” according to Wikipedia. “The Sixty Special name would soon be synonymous for some of Cadillac's most luxurious vehicles. …

“Starting in 1940, and for the remainder of its existence, the Sixty Special would be Fleetwood marketed, enjoying higher-priced molding, trim and upholstery like the Series 75 and 90. Thus it took over the Series 70's place, which was dropped for the 1938 model year, as Cadillac's most luxurious owner-driven large model — a role it would fill through 1976.

“1941 was the last year of Harley Earl and Bill Mitchell's original Sixty Special design, as an all-new 1942 model was in the works. Many consider the 1941 to the most beautiful of this series, though Mitchell himself favored the clean lines of the original 1938 model. For the first time, Cadillac had its own front end design—the ‘tombstone’ grille with a high center section flanked by lower side sections — that would identify Cadillacs for years to come.

“Only one Sixty Special Town Car was made this year and used on the auto show circuit before being purchased by film director, C.B. DeMille. Featuring the leather-covered roof, it was the last one to come from Cadillac-Fleetwood. 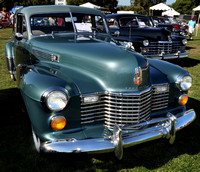 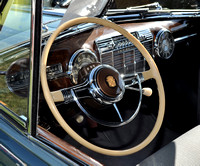 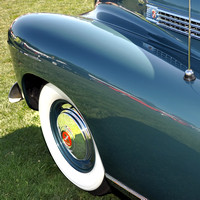