15 photos
This 1937 LaSalle V-8 was photographed in Silicon Valley at San Jose's Kelley Park at a Bombers United Car Show.

“LaSalle was a brand of automobiles manufactured and marketed by General Motors' Cadillac division from 1927 through 1940,” according to Wikipedia. “Alfred P. Sloan developed the concept for LaSalle and certain other General Motors' marques in order to fill pricing gaps he perceived in the General Motors’ product portfolio.

“Sloan created LaSalle as a companion marque for Cadillac. LaSalle automobiles were manufactured by Cadillac, but were priced lower than Cadillac-branded automobiles and were marketed as the second-most prestigious marque in the General Motors portfolio. Like Cadillac, the LaSalle brand name was based on that of a French explorer, René-Robert Cavelier, Sieur de La Salle.”

The relation to Cadillac began to change in the 1934 model year when “a significant portion of the LaSalle was more closely related to the Oldsmobile, than to senior Cadillacs,” according to Wikipedia.

“Again, Earl's work with the LaSalle resulted in a graceful vehicle, led by an elegant and thin radiator grille. Earl's other contribution was the modern, airplane-styled, semi-shielded portholes along the side of the hood. All bodies were now made by Fleetwood. This new LaSalle was now priced $1,000 less than the least expensive Cadillac. Its mission was not to fill a price gap, but to keep the luxury car division out of the red. But as the economy began to recover, the LaSalle did not, at least not commensurate with the economy.

“Meanwhile, the Packard One-Twenty had been introduced in 1935, and had taken off like a rocket. Additional competition from the Lincoln-Zephyr, introduced in 1936, did not help, either. For 1937, Cadillac made the LaSalle its own again, giving it the 322 cu in (5.3 L) monobloc V8 of the Series 60, new styling, a lower price range, and a heavy promotion, emphasizing the car was completely Cadillac-built. It was too late. Model year sales of 32,000 LaSalles was a terrific leap forward, but remained leagues behind the junior Packard.”

This car's owner is a member of the Viejitos Car Club of Sacramento.

On Sept. 16, 1985, the Viejitos Car Club was founded in Lynwood, Calif. Sept. 16 is also the day that Mexico celebrates its independence day. With many California residents who are of Mexican descent, the day bears special significance.

It's the kind of thing that makes the tapestry of cultures a very special trait of California. My first introduction to Viejitos members was at the Bombers United Car Show at History San Jose in Silicon Valley. My wife and I had a great time. There was plenty of excellent food and the cars were outstanding.

The Viejitos Car Club was founded by "Crazy" George Luna and Albert "Lobo" Rivera. Lowrider.com has an excellent feature from 2010 about the club. I encourage you to read it.

Although I don't speak Spanish, I looked up viejitos, and the translation said roughly translates to "little old man", "old-timer", "grandfather", "old chap", "old geezer", "old stager." Some of those definitions apply to me. Anyway, check out that Lowrider.com article, and there are plenty of Viejitos Car Club chapters on Facebook to check out. 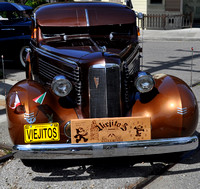 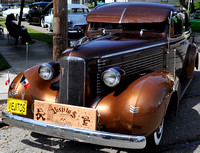 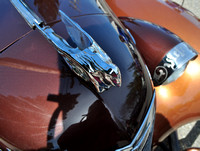 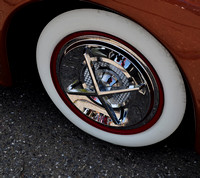 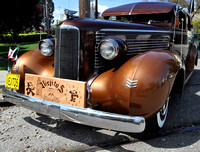